As a wedding photographer based out of Nashville, TN, and surrounding areas, meeting madly in love couples is such a joy! I had a blast with this couple for their engagement session at Coolidge Park Chattanooga . We had a lot of fun, Jay and Ashton shared some shaved ice from the Icee truck as they envisioned feeding their wedding cake to each other. Coolidge park Chattanooga

Jay and Ashton’s relationship first began when they were in chemistry class together in high school, So yes you could say they had chemistry!! Jay would tell others in the class that he liked Ashton, see, she had a boyfriend at the time, but Jay knew what ever he told to the others would eventually get back to her. Jay knew that Ashton was a committed person, and he respected that, but he could not fight his feelings for her, he at least had to tell others.  Ashton did not give Jay the time of day, as she believes in commitment, but once she was single for a while she reached out to him. They had an amazing first date their day was filled with kayaking and jumping off bridges in Chattanooga, TN.  They have spent much of our time on thrilling adventures since. For Ashton’s birthday this past year Jay surprised her with a day of sky diving! They certainly share in their love of adventure, and they both agree that whether they are hiking in Nepal , or just home seeing who can eat the most cookies, they enjoy life to the fullest together! Neither of them ever knew that life could be this wonderful and both consider the other a gift from God.

It was on Jay’s birthday that he surprised Ashton, she thought they were just going to the beach, but Jay had reserved a private sailboat dolphin tour at sunset. The sun was going down and it was absolutely perfect out, not to mention there were more dolphins around then they could have ever imagined! What a magical moment for Jay to get down on one knee and ask Ashton to be his wife.

Jay and Ashton live in Chattanooga TN, so we decided to do our session at Coolidge Park. This was the first time I personally had been to Chattanooga and wow its beautiful! We walked around the park, chatting as I spotted different photo spots along the way. It was in the evening and was still over 90 degrees out, so Jay stopped and bought Ashton a snow cone as we headed up the pedestrian bridge, it was so natural for them as they walked, talked and shared their snow cones. These two are so madly in love with each other and wow it shows! Jay and Ashton have yet to set a date due to Jays application to the police force is pending and they want to put his career first! 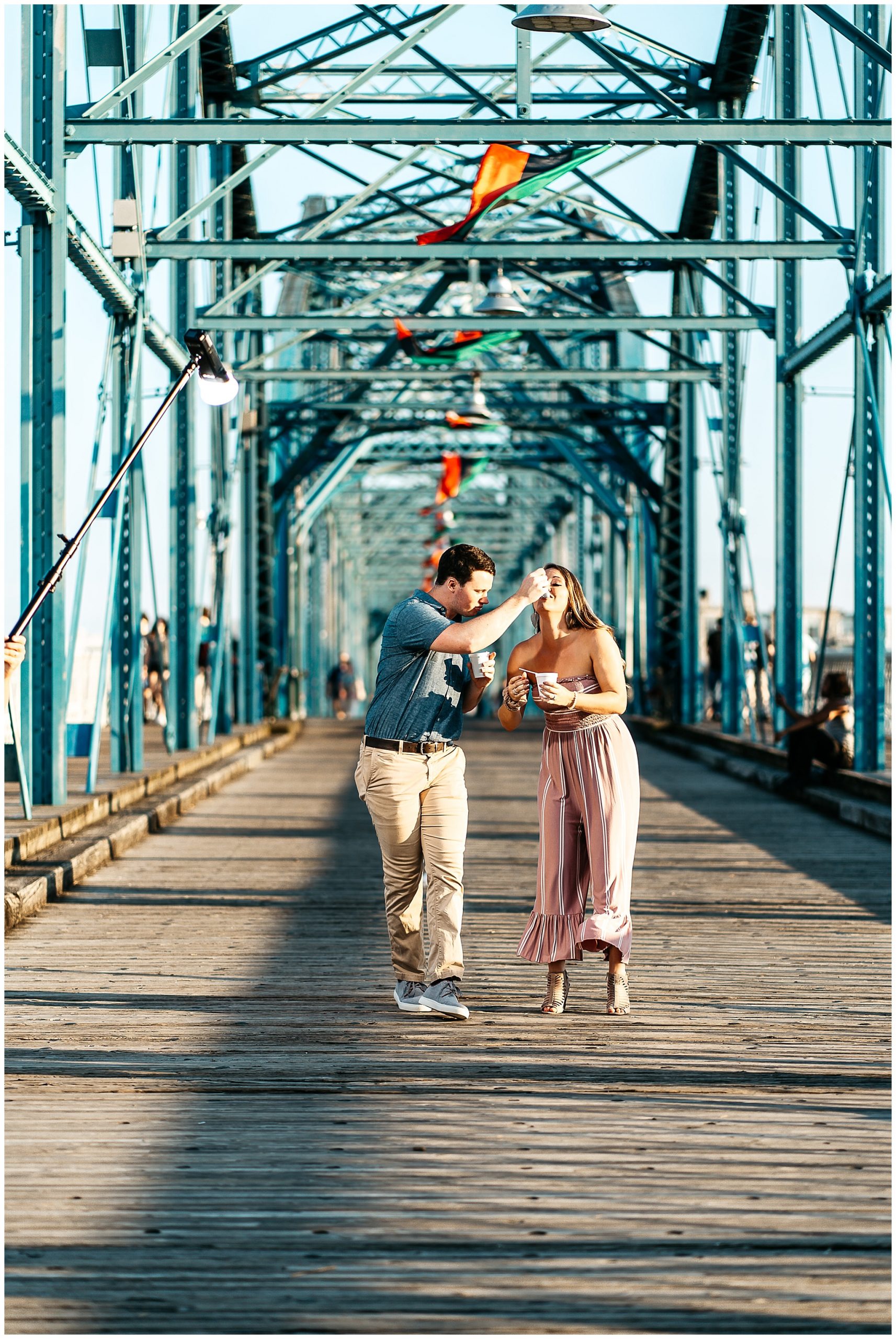 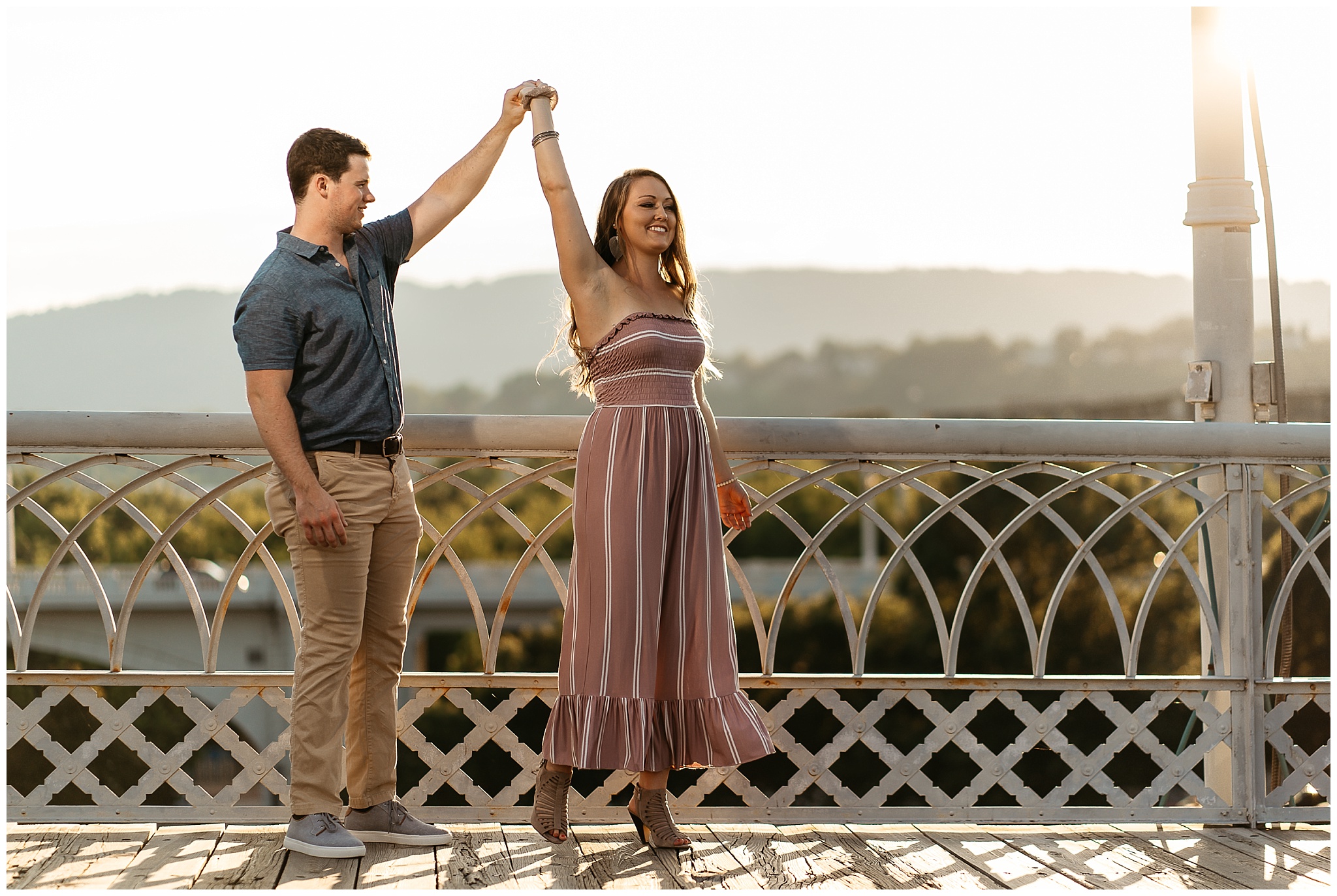 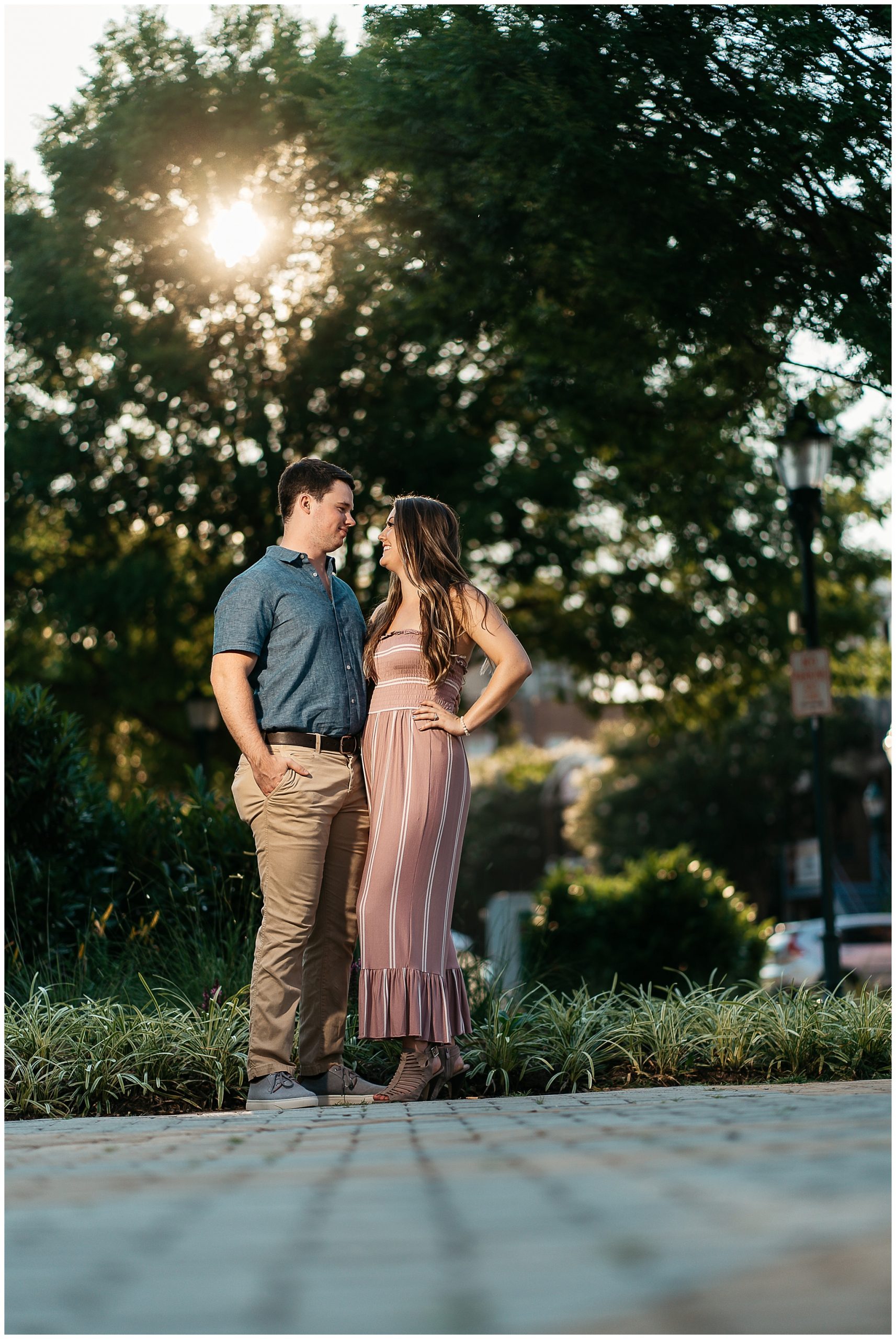 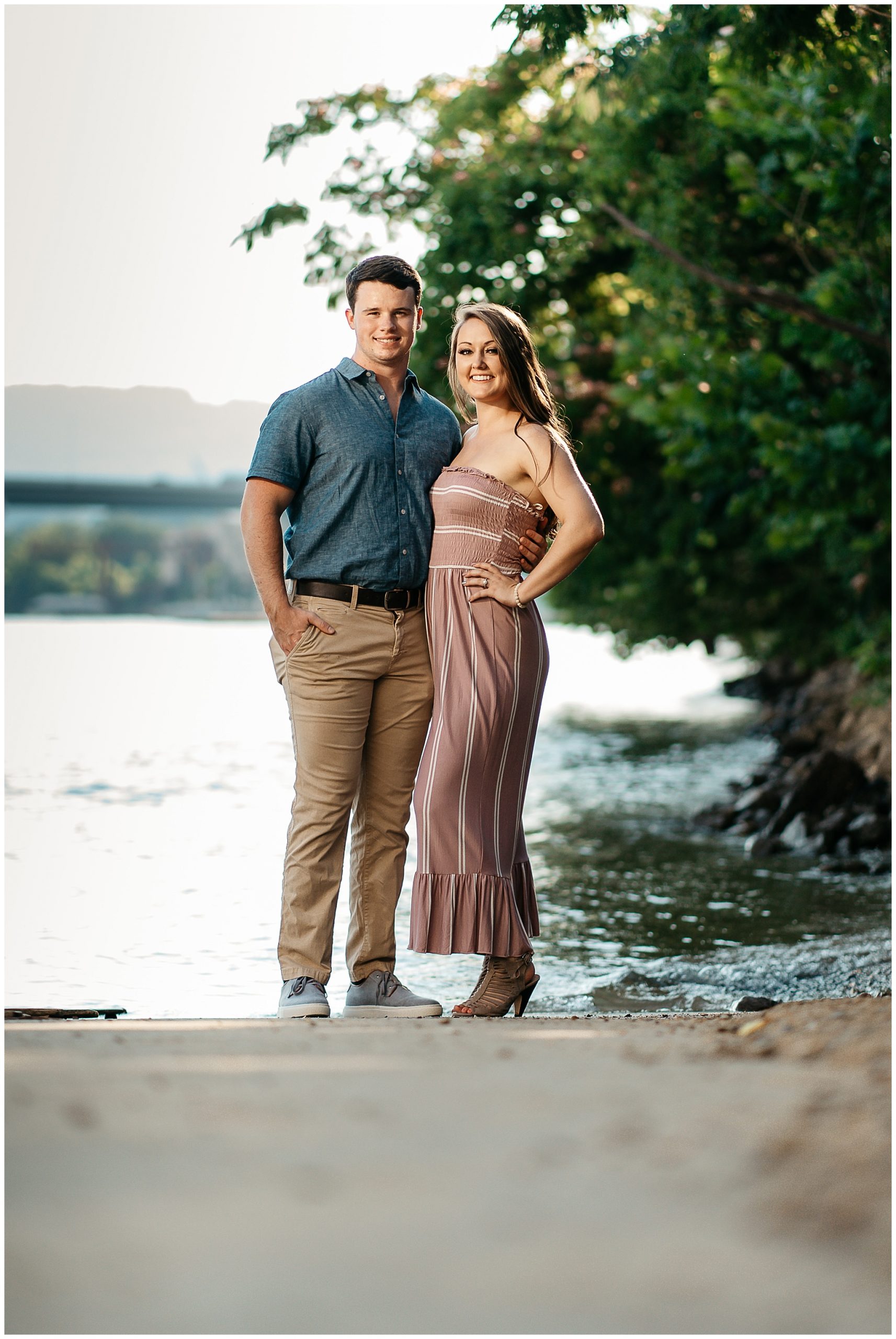