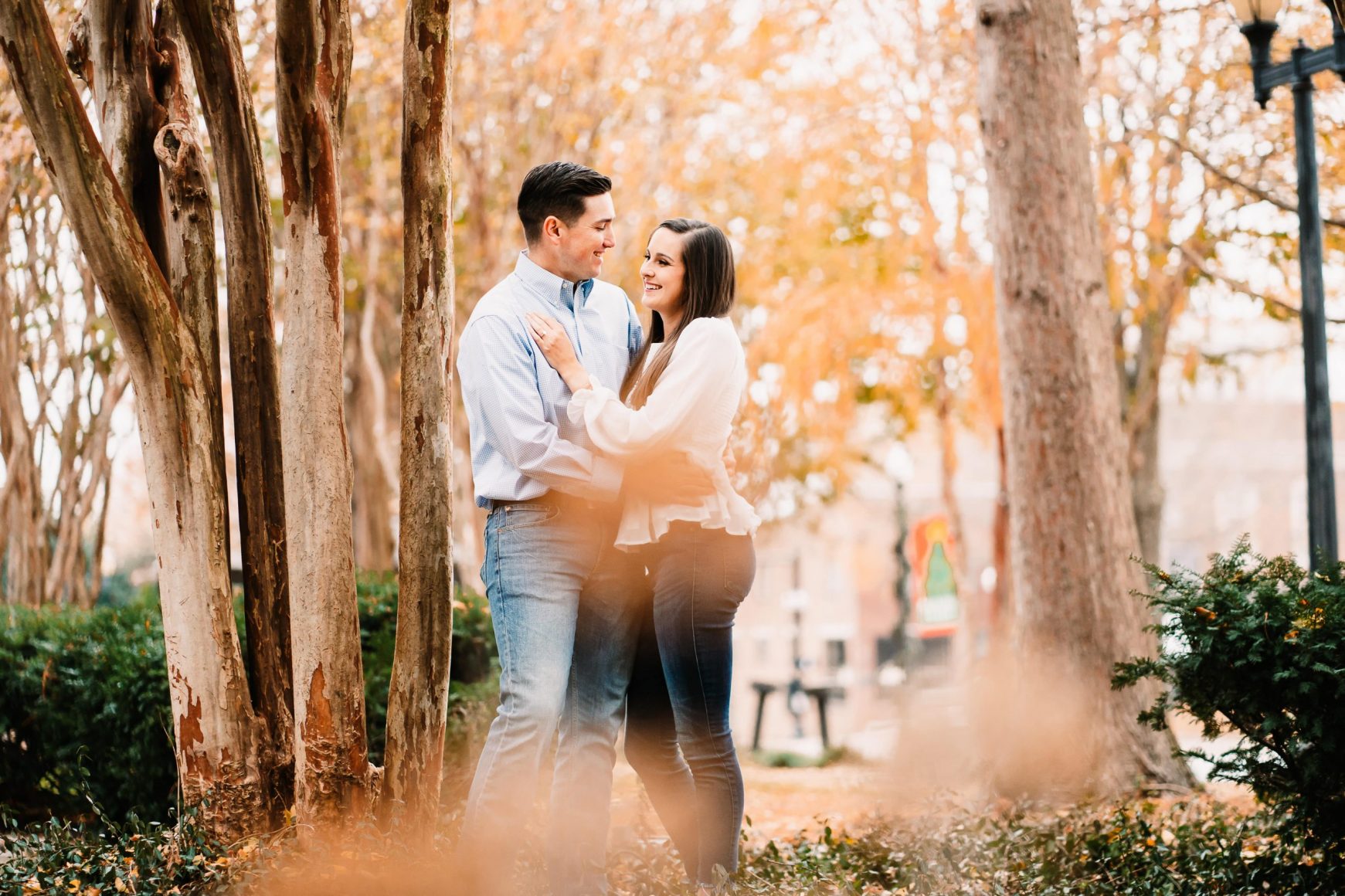 As a wedding photographer based out of Nashville, TN, and surrounding areas, I meet a lot of couples, and most of the time we click right away! This couple was no exception! with their engagement session at The Square in Murfreesboro. We had a lot of fun, and thankfully we dodged the rain! Here is their story 🙂

Penn and Becca should have crossed paths years before, but God’s perfect timing had something else in mind. It all started in high school, Penn and Becca went to rival high schools in Tennessee, their older brothers’ played baseball together, and Penn had dated a girl on Becca’s travel soccer team, but they never officially met. The Square Murfreesboro

Every time Penn showed up to a soccer game, the whole team would talk about how cute he was, and Becca could not help but agree. Penn humbly adds that he ended up winning Most Attractive at his high school.

Fast forward to early last year, Becca was living in Memphis while attending pharmacy school. She had just gotten out of an on again and off again 5-year relationship and she thought she was pretty over the idea of the whole “dating” thing. Becca made a promise to herself and to her roommates that she was going to take the year off from boys and really find what made her happy. Within a month into this “self-help” phase of her life, her roommate, Taylor, who was also from Murfreesboro got a message from Penn asking if Becca was available. The Square Murfreesboro

Taylor had grown up with Penn and both of their dads worked at the same church. The second she said Penn was asking about her was the second Becca decided to drop the whole mood of “I’m taking this year off from dating”.

Taylor ended up giving Penn the go-ahead and he messaged Becca shortly after. They set up a date at a popular dinner spot in Murfreesboro that following weekend. Becca’s whole family was so excited for Becca to go on a date that they put her nerves into overdrive and stressed her out so bad that she almost canceled the date. Let’s not forget Becca was coming out of her 2-month retirement from dating and also, she was going on a date with the cutest guys from her hometown! The Square Murfreesboro

She was a nervous wreck! Well Obviously, Becca did not cancel the date because, from that date on, she knew Penn was the one for her and Penn agreed. Becca had never talked to Penn before their first date, she just knew he was so cute! The Square Murfreesboro

After talking to Penn and really getting to know him, not only was he cute, but his cuteness was nothing compared to how sweet his heart is. Becca loved hearing him talk about his job being a nurse and how he cares for people in their worst state, really made her respect him and admire his ability to see the best in all situations. Penn is also the goofiest person Becca has ever met and she said she is surprised she does not have a 6 pack of abs from laughing at all his cheesy jokes. The Square Murfreesboro

Penn asked Becca if she would join him for a picnic on the beach at Gulf shores Alabama, as they were walking down the beach, Penn got down on one knee and asked for her hand in marriage, saying yes! When they both stopped crying and hugging, they walked back to the beach house his family had rented and when they walked in he had decorated the entire house, and not only was his family there, but Becca’s parents and grandma were too! Such a sweet surprise and Becca is still wondering how she never figured it all out! The Square Murfreesboro

For their engagement session, We headed to The Square in Murfreesboro, such a quaint area and it suited them and their relationship perfectly! Their session took place in December and some of the little shops were decorated for Christmas, twinkling lights and wreaths were hung which was a very warm (not the weather it was cold!) cozy feeling. The Square Murfreesboro

I’m so glad Penn and Becca are one of my 17 brides for 2021… I only have three dates left since I absolutely love to focus on our relationships and making the day perfect for our couples… May 8, Gulf Shores, Alabama will no doubt be incredible capturing their love. Stay tuned because those pictures will be amazing! The Square Murfreesboro 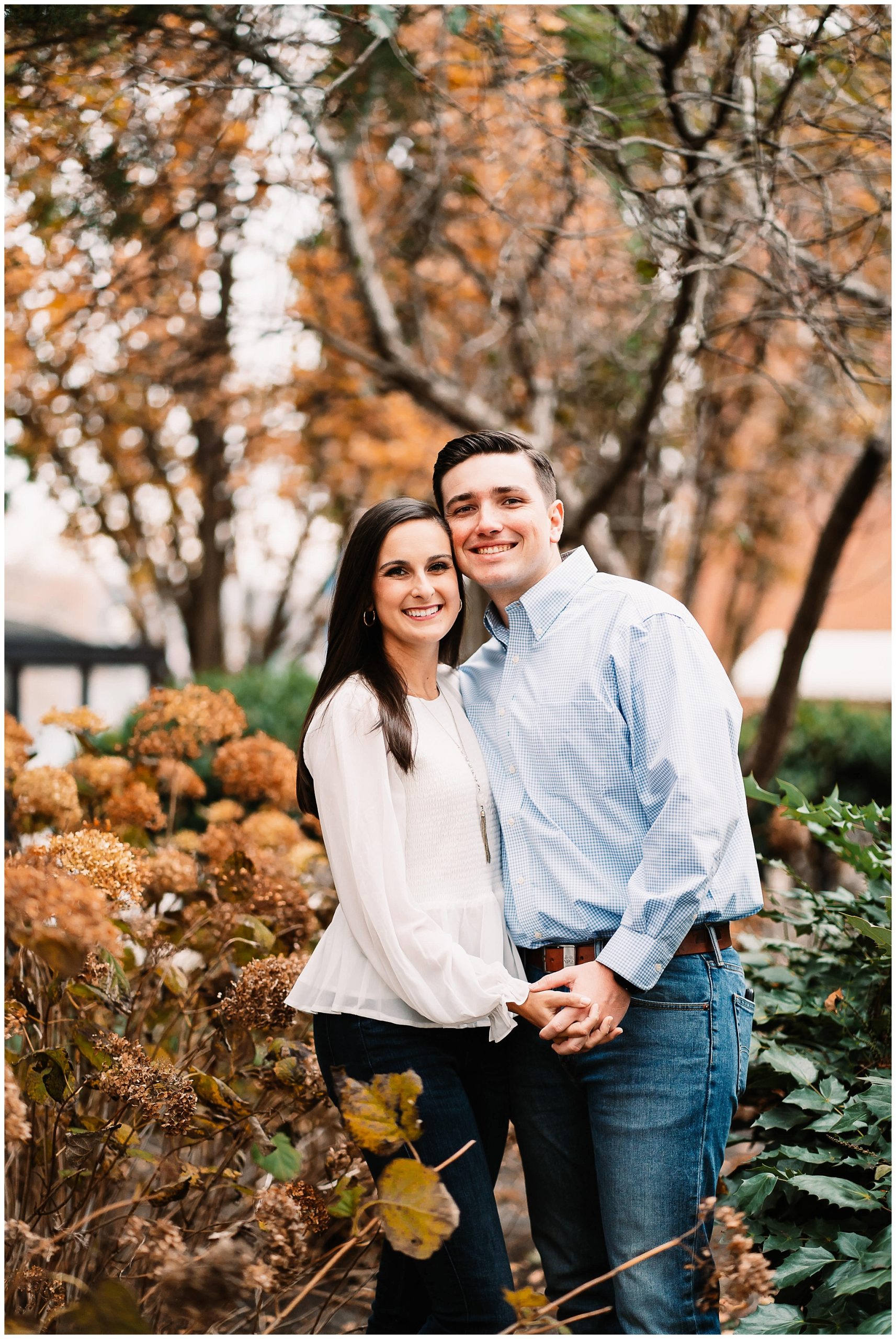 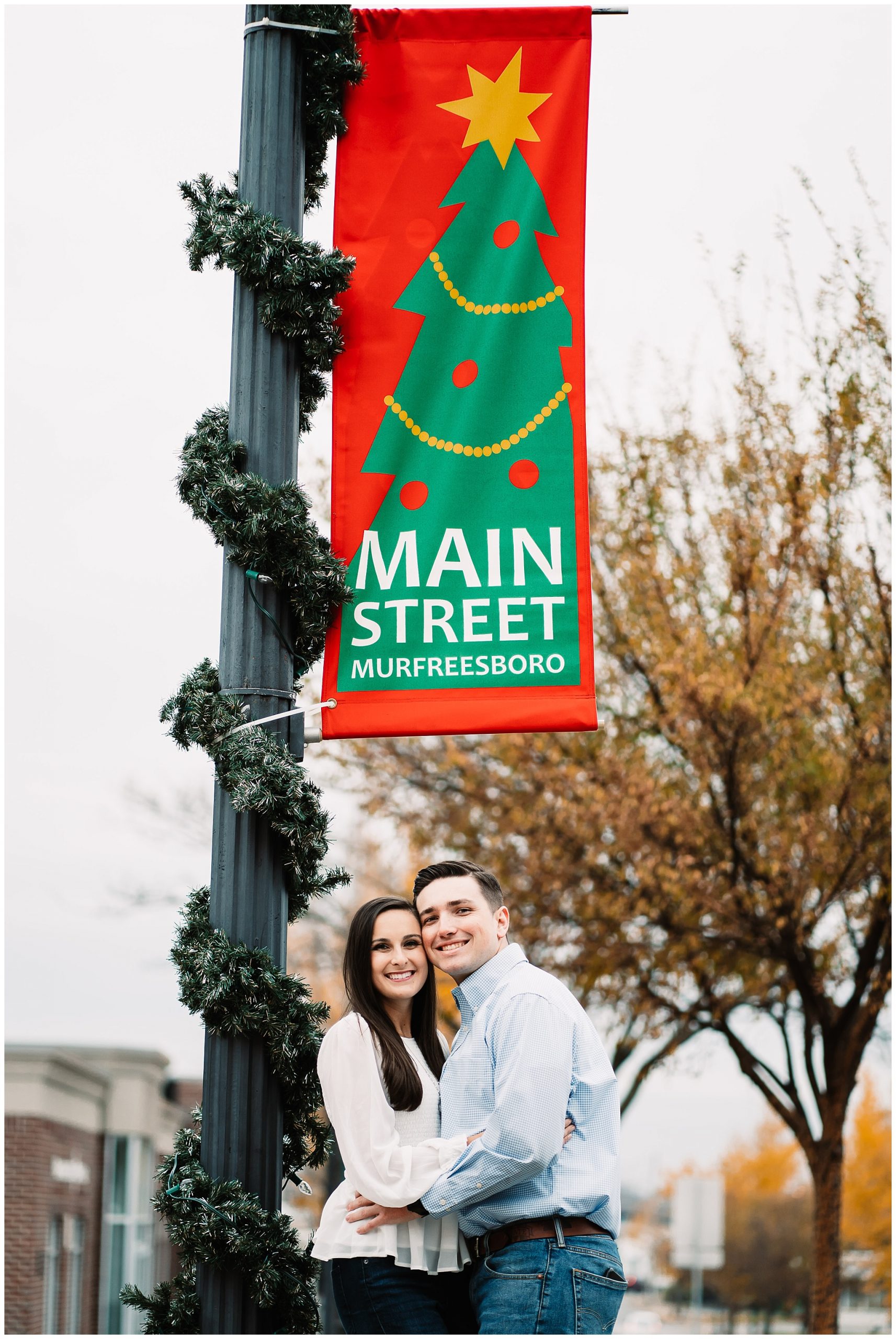 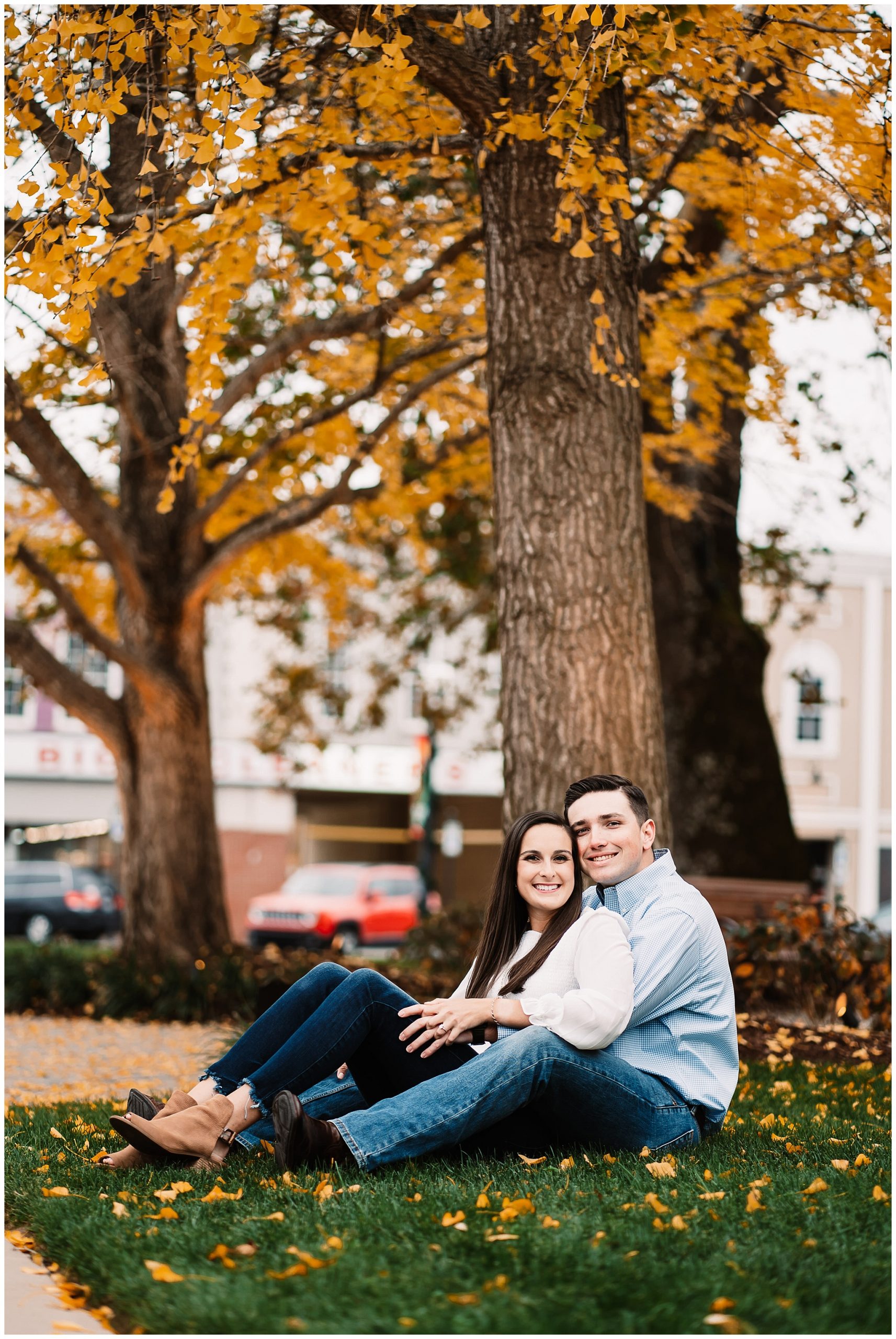