As a wedding photographer based out of Nashville, TN, and surrounding areas, there is such a joy is meeting beautiful couples, listening to their love stories and helping out with advice from my experiences in the wedding industry and of course have fun! We laughed and such a great time during Drew and Hallie’s Downtown Nashville, TN engagement session.

Drew & Hallie met through a mutual group of friends; Hallie was going through a really dark time in her life and she wasn’t looking for a relationship. Drew was okay with just a friendship, but Hallie fell head over heels for him due to his kindness, sense of humor and he always supported Hallie through her ups and downs. Dating was so natural for them as their friendship was first. About 6 months into dating Drew got an incredible job opportunity & asked Hallie to move with him to Wisconsin, she had never lived outside Downtown Nashville , TN before, and this would certainly be quite the change, but with Drew by her side she could handle anything. Downtown Nashville, TN

They took a trip back to Nashville about a year later and went to visit her Grammy (her mother figure) at the cemetery  just outside downtown Nashville, where she is buried.  It was right then and there that Drew got down on one knee and asked Hallie to be his wife. Drew knew how important her Grammy was to Hallie and wanted to make sure she was there for the proposal. Hallie said it was the most perfect moment for the man of her dreams to propose, she said yes, and they hugged and cried, she knew her Grammy would approve.

Nashville is so especially important to both Drew and Hallie, so we chose iconic downtown Nashville for their session. We parked at Nissan stadium figuring it would be a great place to start and walk the pedestrian bridge to downtown, this bridge is 3,150 feet, one of the longest pedestrian bridges in the world, and yes I tracked my steps that day! ! On our way to the bridge,  I spotted what looked like un kept grass, and it probably was, but I always see things other people don’t, it was there that we started out session. Cumberland river also flows through downtown Nashville, and the lighting was absolutely picture perfect as the two of them danced on the shoreline, and I captured their love.

Walking over the pedestrian bride and stopping for along the way for pictures was so much fun, as you can tell we had a blast and captured so many amazing images. Hallie and Drew were ecstatic with their session and Images and were amazed at all the different looks and feel from their images.

They are now on the search for a Venue in the Downtown Nashville, TN area that will be just as magical as their love story, they are hoping to get married in 2022. 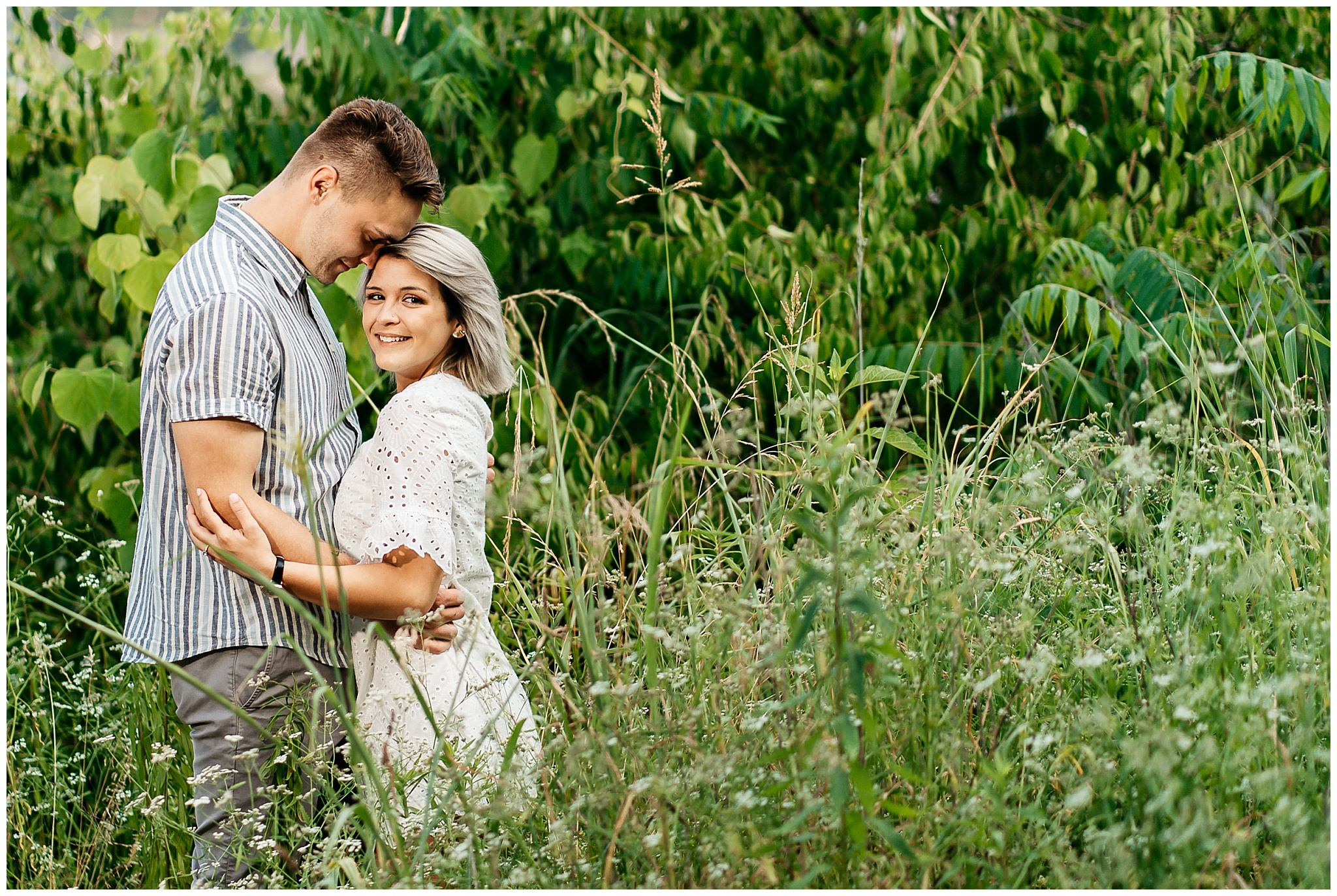 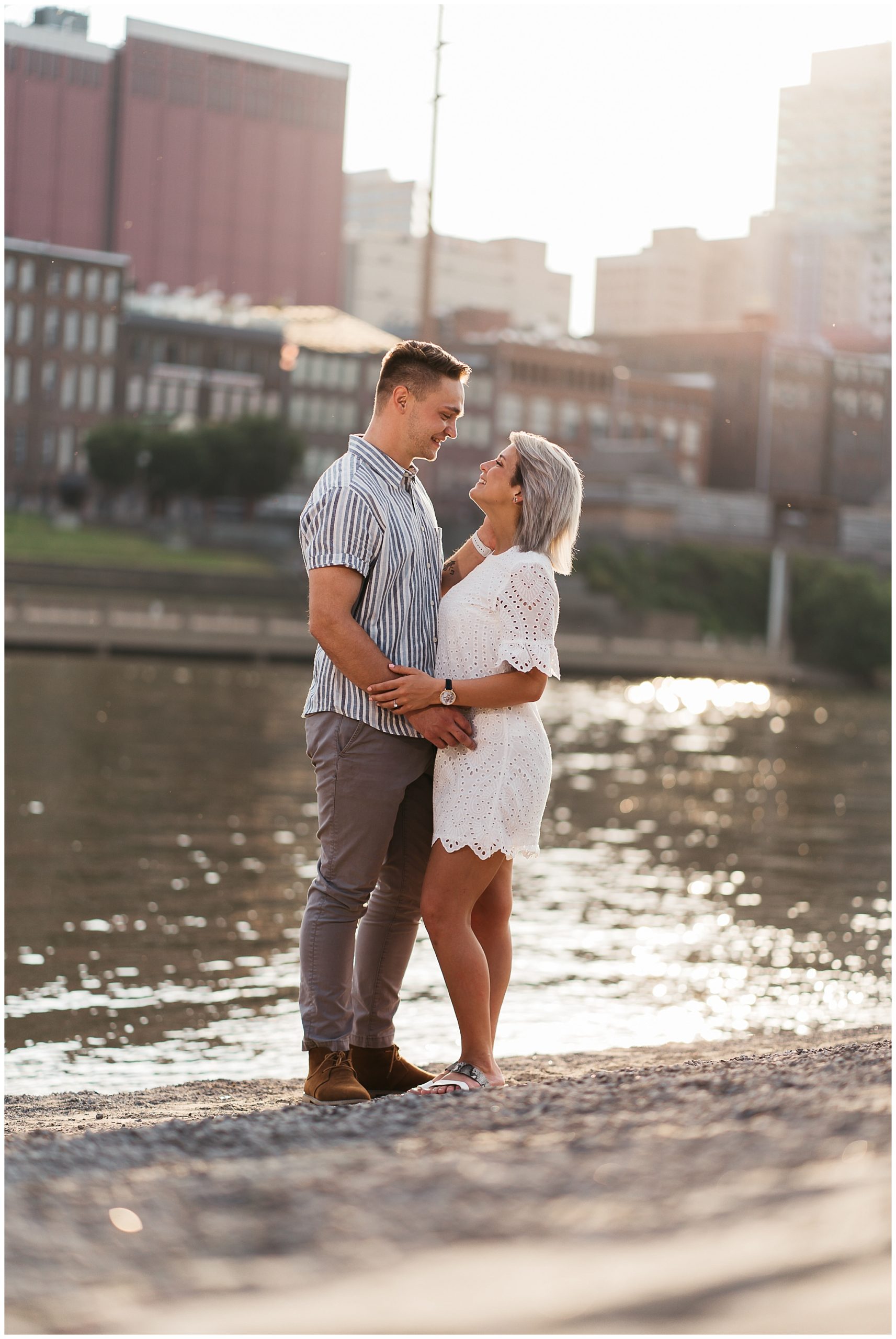 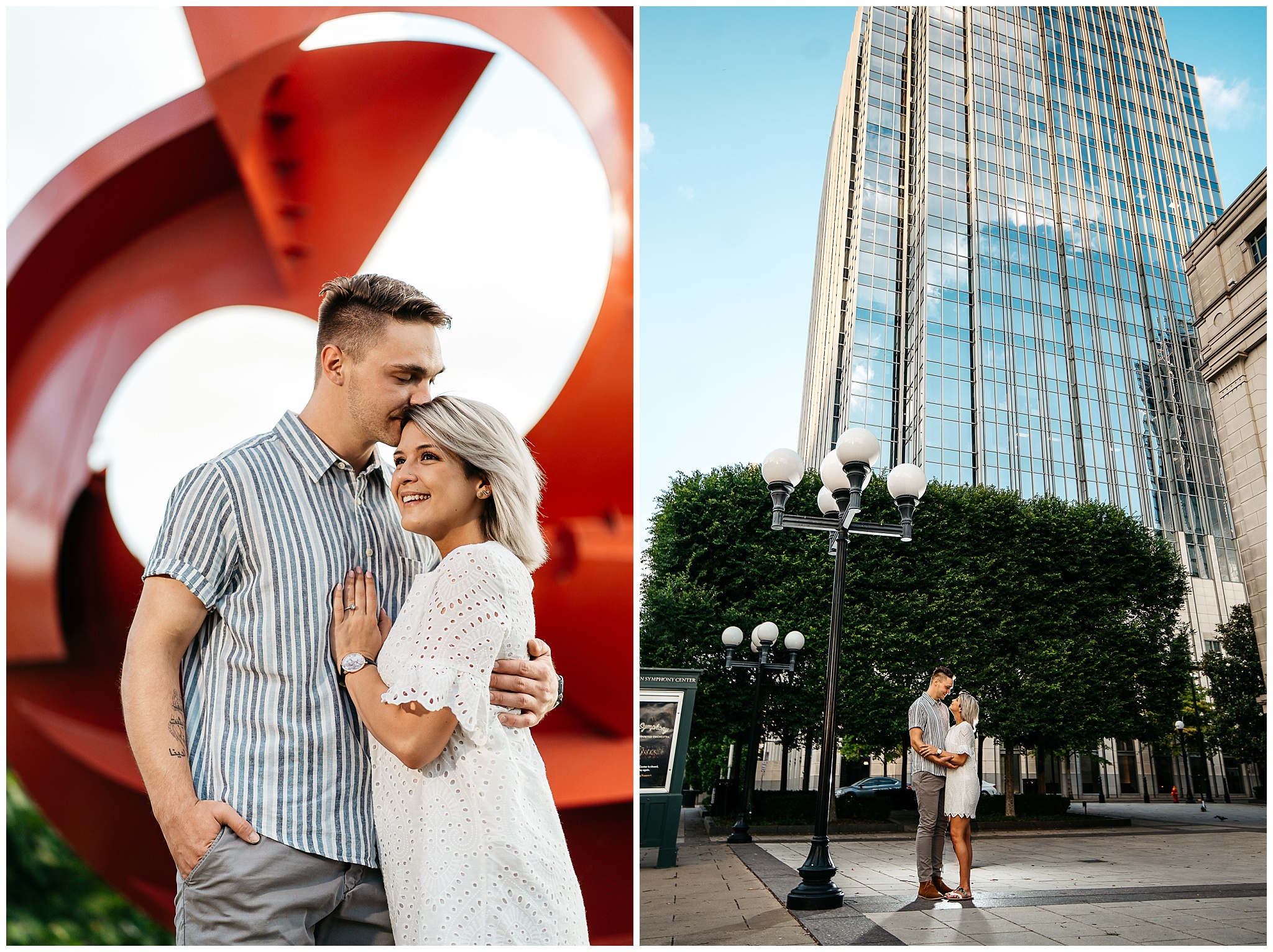 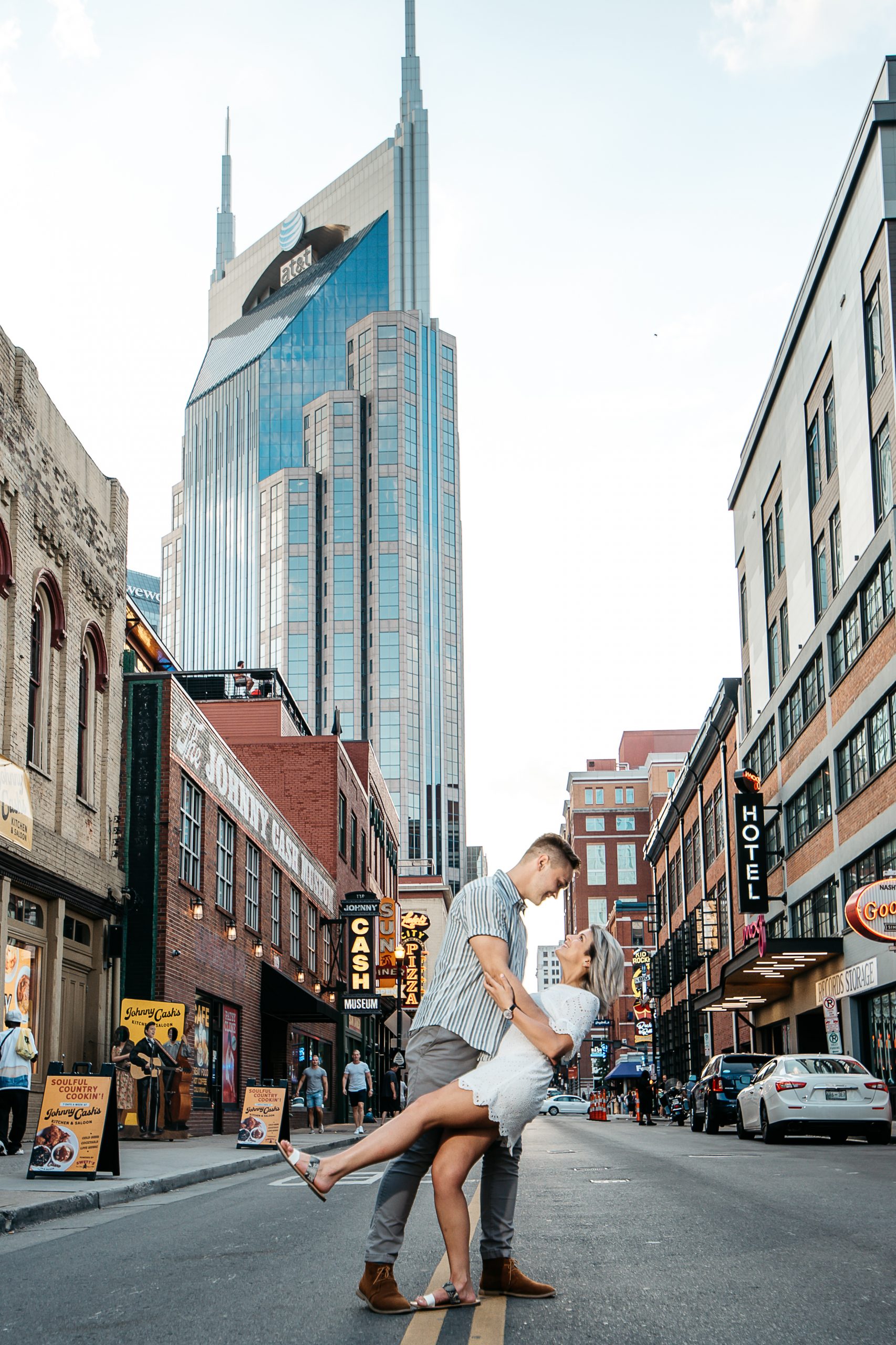